When you’re paying good money for a home warranty, you of course want the best that your money can buy, but with so many home warranty companies around, it can be hard to pick out the best.  But that’s not going to be a problem for you with the help of this website.

In this article we’re going to compare two different home warranty organizations, specifically AHS and HSA, and look at things like how the coverage differs, how the service differs and so on.  In this article we also saw fit to include a little bit of information about alternative companies you could get a home warranty with.  At the end, we’ll then wrap up with a fitting conclusion (feel free to scroll down if you like).

In the interest of brevity, we’re going to assume that you’re a homeowner rather than someone working in real estate, or in construction.  And we’ll also assume that you already have an understanding of what a home warranty is.

We’ll start off with a brief overview of each company.

Believe it or not, it was actually AHS who founded the whole home warranty industry as far back as (or similarly as recently as) 1971.  Before then no such protection existed.

Today they’re still a leader in home warranties serving 1.4 million customers across 49 states and the District of Columbia.  They have a database of over 16,000 contractors across the nation readily available to pitch in when called upon to do so.  They are currently headquartered in Memphis Tennessee. 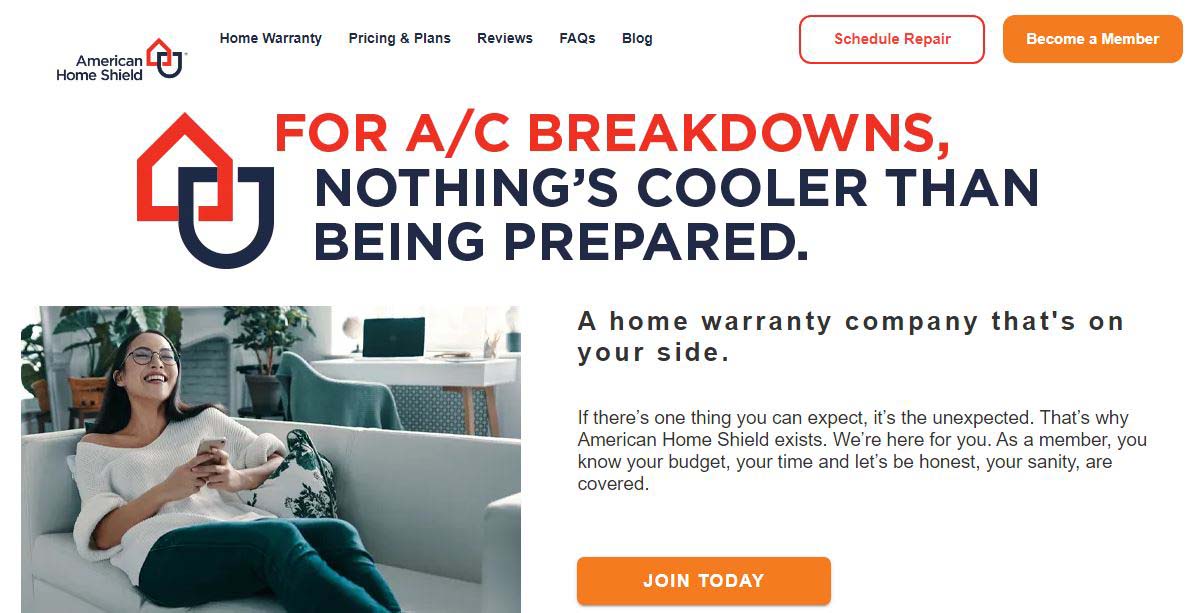 HSA has been around since 1984, so not quite as long as AHS, but for a good length of time all the same.  And whilst they are headquartered in Cross Plains, Wisconsin, they have a large number of field sales representatives, located in multiple metropolitan areas all throughout the country. 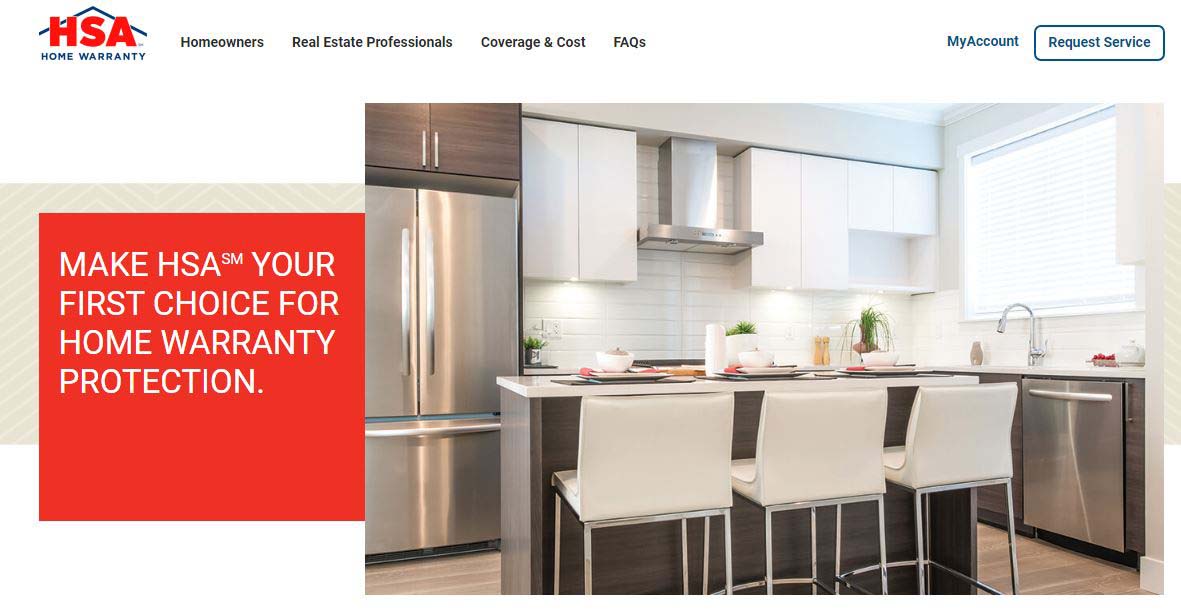 We feel that this is good news however, since it means that if you had a warranty with either of these organizations and were unhappy with them for any reason, it makes it easier to roll your warranty over to the other organization.

The Combo plan, as you are likely to have guessed by now is a combination of the latter two plans.  This is the plan that, by far, gets you the best value for money, although as you might imagine it does tend to cost more than the other two do individually, although you make a considerable saving by going for this plan, than if you were to sign up for the other two separately.

So, with the Combo plan you can get a total of 21 appliances and systems covered, including all the basics, plus things like doorbells, smoke detectors, garbage disposals, dishwashers,  Ranges/Ovens/Cooktops and so on.

Whichever plan you chose you can then add on a few extras should you see fit, such as components for your pool.

As for the pricing of these plans, this depends primarily on your address.  But you can also tweak the pricing according to what amount you’d prefer to pay for a call out charge.  These service calls start $75 at the lowest, $100 at mid level, or $125 at the maximum.  The higher amount that you accept for a service call, the lower your monthly payment will be.

Unfortunately, HSA does not layout for the customer what plans it has available in order for the homeowner to choose a particular one.  Instead you can get a quote generated for you, using their online system.

What we can do however, is take a look at some plans they’ve had available in previous years, since there are remnants of such details available on review sites.

Previously, HSA had warranty plans in place for home sellers, known as a Basic Plan.  This is a pretty comprehensive plan, naming 21 different home appliances and systems.  Notably this matches exactly with the number of appliances and systems covered in AHS’ Combo plan that we talked about earlier.

HSA also had a Basic Plan for house buyers, which covers everything on the Basic Plan for home sellers, with a few extras added.  And, as with AHS, there’s plenty of optional coverage you can add in if you so wish.

Other Differences Between AHS and HSA Home Warranties

So in this section we will compare these two organization’s home warranties in terms of 1) their transparency, 2) their availability when you need them, and finally 3) their reputation with their customers.

We’re going to level with you here, in case you missed it earlier, both of these organizations, now technically 2 different elements of the same organization, are very poor in terms of their transparency.

Neither AHS or HSA does a good job in terms of explaining what they have offer.  In fact HSA does not even provide the homeowner with a list of what they will or won’t cover, and neither organization provides any prices for their warranty plans on their websites.  Not even going so far as to mention a minimum monthly cost.

AHS at least discusses their different call out charges for service calls, while with HSA on the other hand, no prices are mentioned whatsoever.

Availability When You Need Them

With both AHS and HSA you can submit a request for a service call at any time, using their online form (these forms are identical).

With regards to talking over the phone both organizations use one number for all calls, whether it’s to obtain a quote or for a more customer service sort of call.  Some people like that sort of system, just using one number but it does make you wonder how quickly you’re going to get through to the right person.

The HSA website boasts that their customer service number is available 24 hours a day through all 7 days of the week.  They do however explain that service calls will only be conducted during normal business hours.

And whilst the same procedure isn’t made explicit on the AHS website, with AHS being the larger of the two organisations, you can expect that their procedure is likely to be very much along the same lines.

You don’t get that with HSA, but they do provide their fax number (who uses fax now) and their postal address (AKA snail mail).

Reputation with their Customers

AHS has their own Wikipedia page, and here it is said, and all these claims have named their sources, 3 separate review sites are said to have received overwhelming negative feedback from their customers.  However, one representative from the BBB review website countered this admission by saying that the number of complaints against them is not out of line for such large companies.

Since the acquisition of HSA by AHS, there hasn’t been so much customer feedback from HSA specifically, although we have seen recommendations on the net that customers with their home warranties  with HSA should get them rolled over to AHS.

One of the elements that’s definitely lacking with these two organizations is their lack of transparency when it comes to costs, which is unfortunate because this is very often the clincher of any deal.  So if a more transparent offering and pricing system is what you’re looking for, we would recommend that you check out our other article, Home Warranty of America Reviews, which is available on this link.

AHS, or American Home Shield, really made their name by instigating the home warranty industry in the early 1970s.  But the playing field has changed a lot since then, and other newer companies have also now made their name.

Whilst AHS, and HSA do still have a lot going for them, where they seem to be lacking is in their lack of transparency when it comes to pricing.  It is our view that it’s worth you checking out the competition before you make your mind up, for example by checking out our other article, Home Warranty of America Reviews, which is available on this link.